Concert of film music “The Sounds of History”

Welcoming the audience, Professor Vladimir Tošićthanked the Artistic Ensemble of the Ministry of Defense “Stanislav Binički” for cooperation and understanding of his compositional work that followed the film stories about the greatest sufferings of the Serbian people throughout the last century, stressing that the tracks to be performed represent a kind of cross-section of everything composed in that field of creativity. He emphasized that he was particularly proud to have been part of the large projects of the RTS and the Ministry of Defense, which, after many years of suffering, became a permanent testimony about the heroes from Košare and Paštrik.

Although Professor Tošić, as a composer of absolute music, has long ago established his own style and manner of expression, which are recognizable, music performed at this concert required a different approach. Namely, the author of film music has to adapt to the story, to underline it or to enhance it, without exposinghimself too much, which is not an easy task for the composer.

According to Professor Tošić, this “charm of impossibility”adds a new quality and breadth in the artistic expression that the author would not otherwise have introducedhad he only kept to his decided and defined route. The audience in the Main Hall of the Kolarac Endowment recognized this value and fully enjoyed the music that accompanied the touching and startling film stories about our past and the great historical distressesembeddedfor all eternity in the memory of our people. “The Riders of Heaven” was played encore.

Vladimir Tošić is a composer, multimedia artist and full professor at the Faculty of Music in Belgrade, who, with his composition Mélange (1975), laid the foundations of a reductionist and minimalistic approach in Serbian music and to this day has remained one of the most consistent advocates of this direction, recognizable worldwide by his style. 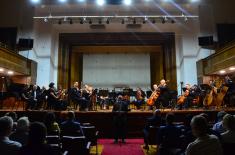 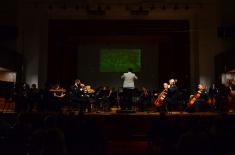 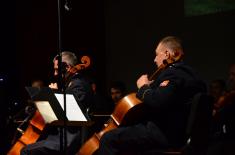 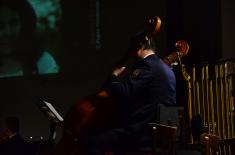 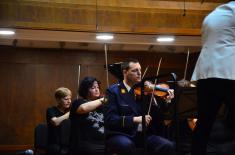 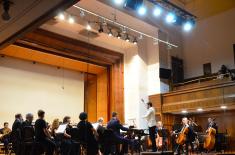 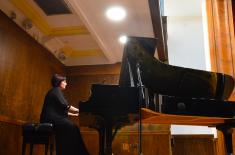 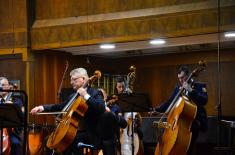 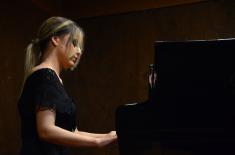 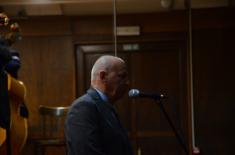 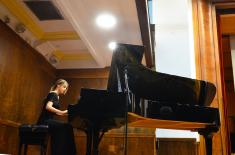 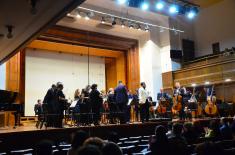