As part of the celebration of 120 years of the Artistic Ensemble of the Ministry of Defense “Stanislav Binički”, and in cooperation with the Embassy of the Kingdom of Spain in Belgrade, a concert was organized to join inin the international celebration of the anniversary of deaths of the three most important Spanish composers of 18th, 19th and 20th centuries and their renowned national instrument – the guitar.

The concert entitled “Giants of the Spanish Music-Writing” was held at the Ceremonial Hall of the Central Military Club in Belgrade. Special guests at the concert were Tamara Vučić, wife of the President of the Republic of Serbia and H.E. Miguel Fuertes Suárez, Ambassador of the Kingdom Of Spain to Serbia.
The concert was opened by the chief of the Artistic Ensemble of the Ministry of Defense “Stanislav Binički”, Navy Captain Svetozar Vasileski who thanked the guests and the audience for attending this event and pointed out the importance of marking the jubilee of the Ensemble, especially this concert in the framework of the international celebration of an important jubilee of the Spanish culture.

Ambassador of the Kingdom Of Spain to Serbia H.E. Miguel Fuertes Suárez emphasized the special relationship that the two countries have and which was particularly good in difficult times for the Serbian and Spanish people. He expressed special gratitude for the cooperation with the Artistic Ensemble of the Ministry of Defense “Stanislav Binički”during his ambassadorial term, thatonce again participates in the international celebration of a jubilee that is especially important to the Spanish people.

At the premiere concert program, the audience could enjoy the vocal and instrumental pieces of Fernando Sor, Francisco Tárrega and Joaquin Rodrigo in the performance of renowned Serbian artists, mezzo-soprano Jadranka Jovanović and guitar player Uroš Dojčinović, accompanied by the Symphony Orchestra of the Artistic Ensemble “Stanislav Binički” under the conductor Katarina Božić.

In the program this evening, the famous composition “Melody of Sor”, the oldest known manuscript of this 19th century composition and the possession of Daniel Forte, and is currently located in the library “José Maria López de la Osa” in Madrid, was performed for the first time.

Theexalted audience could feel the deep emotional echoes that the classic Spanish guitar had preserved through centuries. With the melodies of the great masters, in the brilliant interpretation of the soloists accompanied by the Artistic Ensemble of the Ministry of Defense “Stanislav Binički”, this is an event that the Belgrade audience will cherish and remember for a long time. 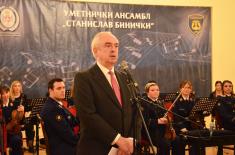 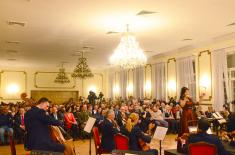 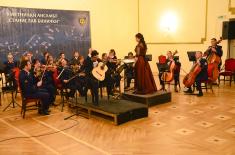 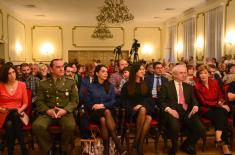 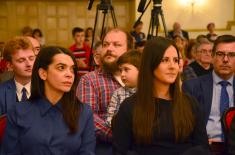 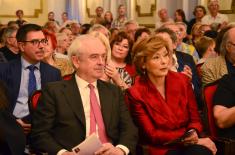 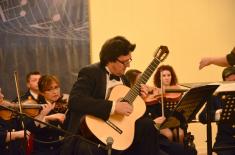 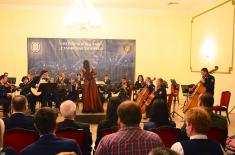 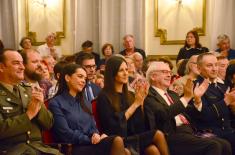 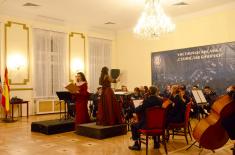 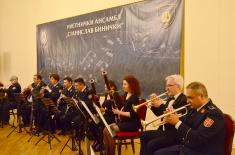 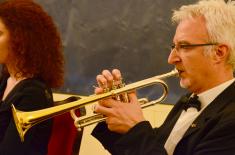 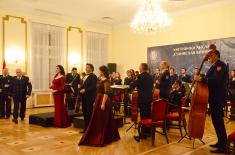 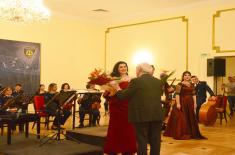 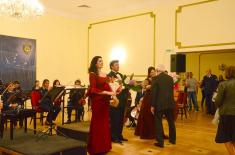